New York Strip Steak! Ever had one? A New York is simply a choice beef cut (in our opinion) with a name that's memorable.

The steak's "strip" name originated from Delmonico's in New York City, a business that's still operational in name only, as the original from the 1800's no longer exists! That was only in the 18th century. Not long ago :) Hey, now that's branding!

Why this piece of meat has so many different names is beyond me. I mostly see it as a NY Strip Steak at any grocery store in Southern Wisconsin. Most importantly, I recognize the price of the cut and it's usually around $8.00 to $9.00 dollars per pound. Western ranchers must be going wild with joy.

The cut comes from below the backbone of a steer in the "Loin Primal" section. I would consider the New York Strip Steak a choice cut and some would argue that it's not choice because it's leaner then the obviously marbled choice T-Bone And Porterhouse steaks (the only cuts to buy unless you like eating leather-like grass fed only beef) which come from the same loin section.

The New York Strip Steak is extremely tender though and really grill worthy in any situation. Tasteful, impressive and full of protein; man, this steak really does it for you and yours, party or just a backyard jaunt! Food Run Fix can't say enough about this meat. Represented are boneless and bone in along with some great sides!


Back from New York Strip Steak to
Food Delivery

Have your say about what you just read! Leave me a comment in the box below.

Call or text any questions!

Only 608 prefixes will be acknowledged. Thanks!

In a commercial food bind? No problem! We supply restaurants, cafes and smaller eateries from local grocery stores. (With a smile)!

All of the products ordered on this website are subject to availability. Thanks for understanding! Rest assured, Food Run Fix will search every store with no extra charge and make sure your order is filled. :) 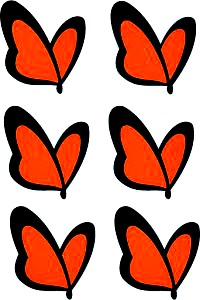